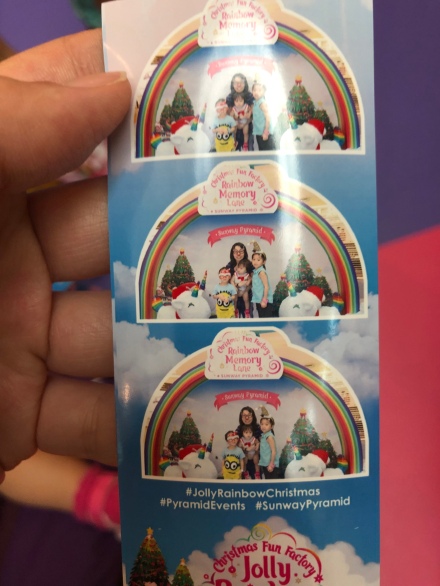 Fulfilled their wishes to go on the rainbow slide (actually Noelle wanted to go during our Trolls visit, but queue was too long – so I told her that we will come on a week day)!

They have to complete three steps before we receive a gift. First, it is a candid photo.

Second, they have to complete a simple colouring which the crew will then scan it. 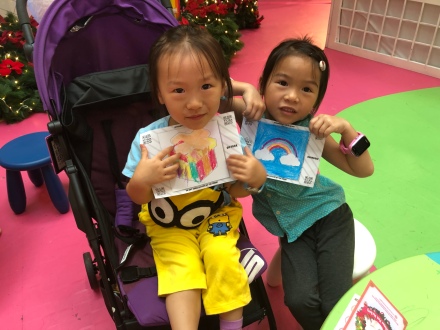 The scanned picture will appear on the screen (that was something that amazed us).

Finally, the rainbow slide (which Noelle told me – it is just a normal slide🙄!)

Nikki actually wasn’t allowed on this slide 🤦🏻‍♀️ (because not yet 100cm) – she cried and I have to ‘negotiate’ with the crew🤭🤮 (after all it was just a normal slide 🙄 Nikki went more canggih one ok?) The crew said ‘rule is rule’ but Nikki cried (and with my kns face 🤭) they allowed after all (hope no one recorded that and viral it🙄 😝- actually my hubby reminded me about this viral thing after I told him what happened – anyway, I didn’t scream at them lor! 🙄)

It was still early for lunch, so we went to Popular bookstore and lepak!

Already planned to bring them lunch at Sushi Jiro- because it is the nearest (from where we were) and fastest (sushi already on sushi belt); plus sushi is still their favourite (I just brought fried chicken fillet for Norrah). They obediently sat and ate! 😁😁I ‘rewarded’ them with the dessert there – which Noelle says it almost taste like yogurt!

After that, we walked to buy lemonade before going to supermarket. On our way to supermarket, we spotted a cart making name labelling; so we made one for Noelle and another for Nikki! (Not cheap, RM12 per set of 60 – last time it used to be RM5!🤦🏻‍♀️) 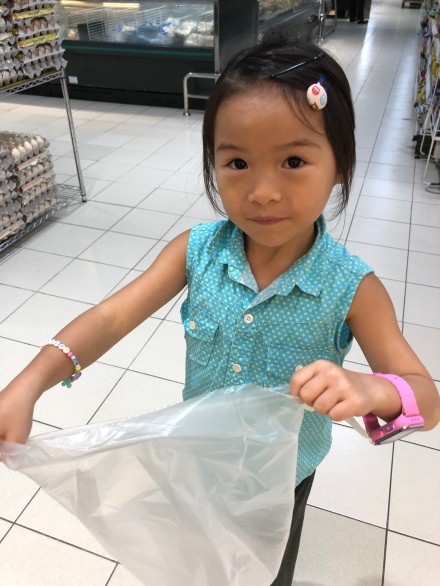