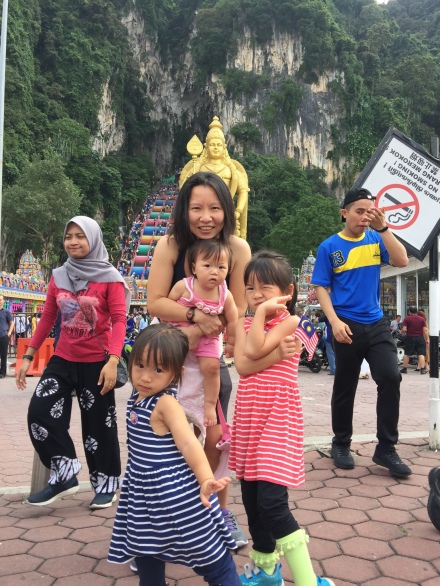 When we were in Minnature Wonderland yesterday, we saw the colourful steps (not updated to the rainbow steps yet though) of Batu Caves. And immediately, Noelle was fascinated with it and wish to go! I told them that it was recently refurbished to rainbow steps! That made her more excited! Plus Batu Caves has always been our plan, but we kept delaying it! 🙄🤣 Because we ‘feel’ we will end up carrying up all of them up the stairs (why la torture ownself?🤭🤣).

So, we set off today to Batu Caves! It was rather jam as we moved close to the temple. We ended up parking by the roadside before the traffic light (which was a wise decision) and walked towards the place! It was kinda of crowded (but surely not as crowded as Thaipusam). The colourful steps really look amazing though we always pass by without stopping! It was kinda steep. We tried walking into the Dark Cave (and there’s an entry fee to it). So, we continued upwards to the grand cave. Many monkeys around, so be careful of your belongings (generally, no feeding monkeys but people still do). A lot of devotees also today. 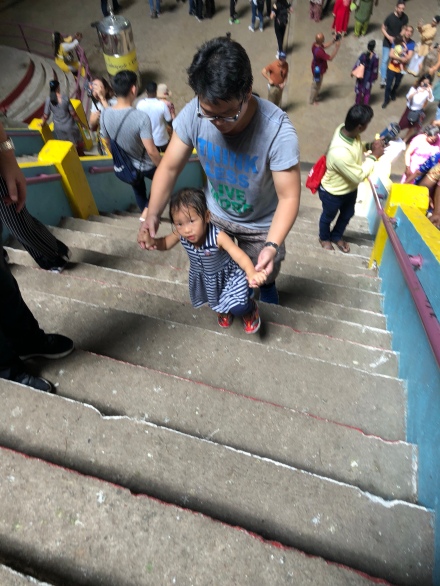 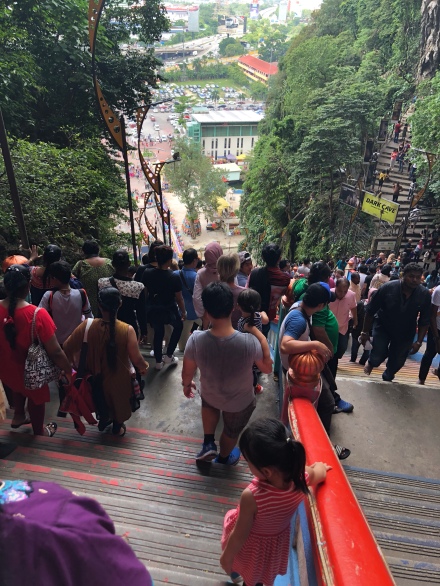 Both Noelle and Nikki completed their 272 steps up; which surpass our expectation. They started feeling tired after that – so hubby carried Nikki downwards (which was actually a little ‘scary’ especially when I was baby wearing Norrah and holding Noelle’s hand). Noelle, being the ‘obedient’ one, walked down herself (though starting to fuss – bribery words: ice water? ice cream? – down there). So, we finally completed our steps! ✌🏻✌🏻

No entrance fee, but we can make donation into their donation box. I was in short pants and hence need to rent their scarf to cover my legs (so either wear long pants or bring own scarf next time). We paid RM5 for rental of the scarf and were refunded RM2 upon exit. 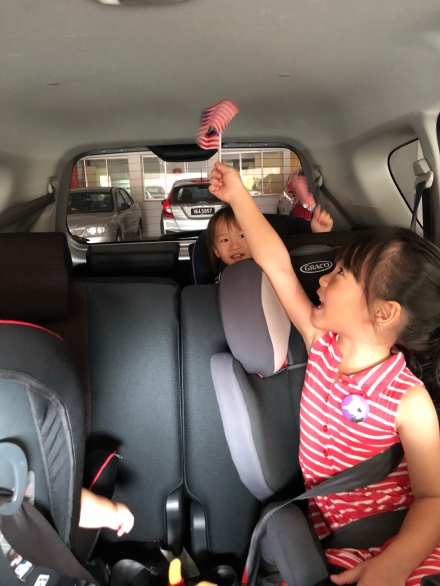 Noelle was really excited before set off – we even asked her to eat more for breakfast so that she has energy – which she did – pizza, donut, guo Ling guo and kurma milk! 😆 on the way there, she was eating her cone too!