It was certainly worth bringing them especially Noelle to HK Disneyland – despite the most important part for us (the castle) was under renovation. We went on a lot of rides and the queue was fast moving! Papa and me took turn to bring Noelle. Certain rides Nikki did go on too and certain rides our whole family went on! We were there from 10am to 8.30; ate our lunch and dinner there! Noelle even asked me several times ‘why Disneyland must from morning to night?’

We only paid for Noelle’s and our ticket (Nikki doesn’t require a ticket yet).

**not playing favouritism because we have more pic of Noelle; cos Nikki was ‘difficult’ and wanted to carry most of the time despite there is a stroller

The best way to ‘test’ your marriage is to travel with your partner! And I would say hubby has been doing GREAT!

Besides the amount he set aside for the trip, he planned the whole itinerary – despite his daily packed schedule. He sat in the plane with the two girls (but because he got no choice 😆😆 he kept turning back to look at me and asked if I wanna switch place with him! 🤣🤣)

He has been very ‘patience’ with the kids especially to the demanding Nikki (except ‘cursing’ me cos he has been saying ‘your mother’ ‘softly’ zillion of times 🙄🙄🤣🤣 – to be fair, when I am angry, I will also ‘your father’ them🤭😝). He skipped all of his Star Wars thingy in Disneyland for his girls too!

He has been patience with me!! 😝 I did nag him for making us walk the extra miles because he didn’t read the map properly 🙄 (he says his Waze got problem, on one occasion🙄). I did shoot him when he was trying to help me with stroller/bags (because I want him to watch the kids carefully)! He didn’t ‘retaliate’ back 🤭 (maybe he no energy or lazy want to argue with me; but most of the time he won’t – and just eat the ‘black cat’ even if I scolded wrongly😝)

At the end of the day yesterday as we were exiting Disneyland, I told Noelle ‘this is the end of our HK Disneyland day. We won’t be coming back here again ok? Wait till you grow up and work – you save money and come again,k?’

Hubby added: Yes, we won’t come here again. When you all grow big enough, mama and I will be traveling for honeymoon!!

Though many many years ahead, I was delighted to ‘hear’ the plan!!😆😆😆😆

Me: 😕😕😕I got no money (😒😒reading her mind that she wants to buy something)

We can’t say NO to her request today! And she wanted to buy the princess bubble wand in Hong Kong Disneyland! And so did Nikki! So these are their souvenir from their dream land! 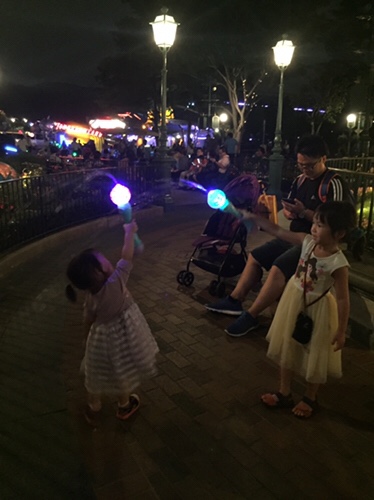 Towards the evening, we went to the Disney princess garden again to check who’s the princess there! As we were approaching the place, there was a long queue! Then I told hubby to u-turn. Hubby said wait and he go check who’s the princess. It was ELSA. On one hand, we want to cabut lari before they see Elsa and another hand, ‘come until here don’t want meet Elsa meh’. So, we told Noelle Princess Elsa is there.

Me: Do you want to take photo with Elsa?

Hubby and me (simultaneously): THANK GOD! 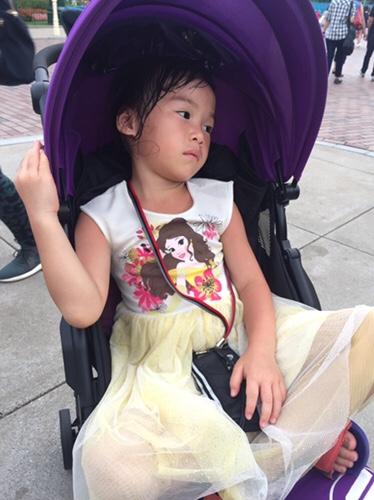 I am sure Noelle would like to if it was earlier in the day but her battery was running really low (because she didn’t nap) that she rather not! 😝😝 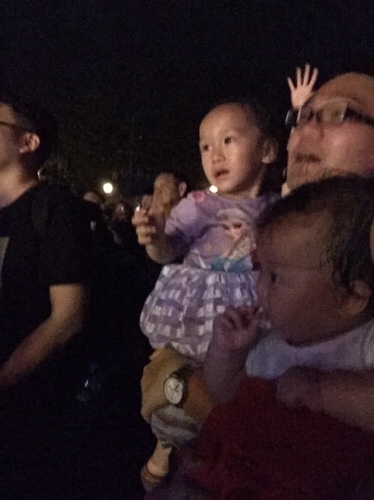