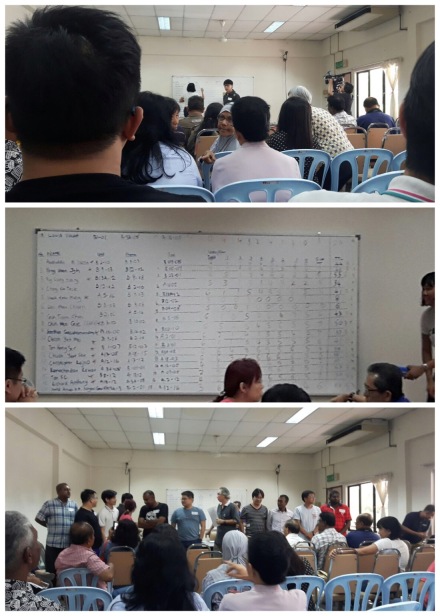 We have been staying here since 2010! But for the first time, hubby attended the AGM and voted – largely due to some ‘political’ drama happening between JMC and JMB, which resulted to the sacking of the manager who has been reporting for 18 years (Mr H)! Initially, we are on the fence as we only have a vague idea on what was happening. But ever since hubby attended the previous EGM, we had an idea on what’s happening and a notice was put up to narrate the same happening!
While we are on friendly terms with Mr H, we are more or less in the decision to give a change – i.e to ‘kick’ out Mr H! He wasn’t in the nomination but he has supporters who are nominees. Mr H was present as he is one of the unit owners.
Given that we have not much idea on who the nominees are (though brief introductions were given), I actually wondered how hubby decided with his votes! 🤔🤔 How does he know if the nominees are affiliated with Mr H? 🤔🤔
Hubby: Whenever Mr H votes for a nominee, I don’t vote. And when he doesn’t vote for a nominee, I voted!
😂😂😂😂😂I never thought of this way!
There we go, after close to 4 hours wait, we have the new line of committees! 😬Hope we can see some changes in our condo soon!