We don’t expect Noelle to master all or any musical instruments – but we hope she gets the fun bit of the class which is more like a playgroup; the social side of being around the kids of her age (since she is still not attending school yet) plus some skills such as listening and following instructions. And the best part – when we attended the trial class – we found mama’s primary schoolmate and Noelle’s first playdate there! Lol! 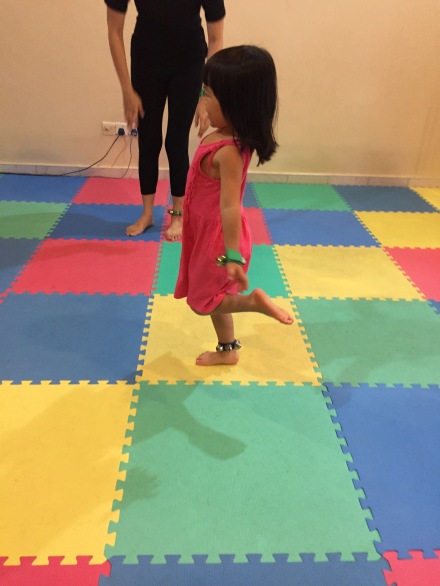 She were initially with her ‘don’t want’ when told that she will be attending the class; but with much ‘persuasion’ (I told her that we need to go there sing do.re.mi to the teacher – to inform the teacher that Noelle has mastered it already) and ‘threat’ (‘never mind, you no need go! Mama going with Mei Mei!’🙄) – she actually showed some interest in the morning! Ok, so we went and she had fun! (So sometimes I am still thinking whether her ‘don’t want’ is genuine or not)!
Today’s little moment of hiccup – when she didn’t get the colour bell of her choice; she did make a fuss. Initially, I thought it was just a normal fuss but she cried out! I think I need to read more on helping her to deal with disappointment- when she doesn’t get what she wants!

Video of her in the music class <here>